As you know, we are on the verge of a having a reason to be exited about Mondays. In less than 24 hours, Monday Mornings will be here! Well, actually some parts of the world are already experiencing Monday mornings. Just not the show. Which will debut in the evening. I've totally lost you now, haven't I? OK, here's some Bamber for you. :) 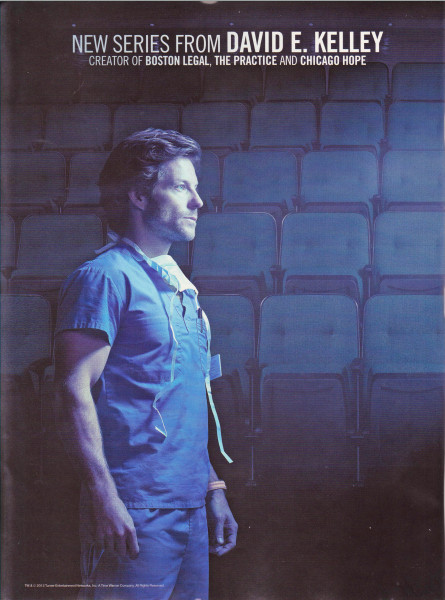 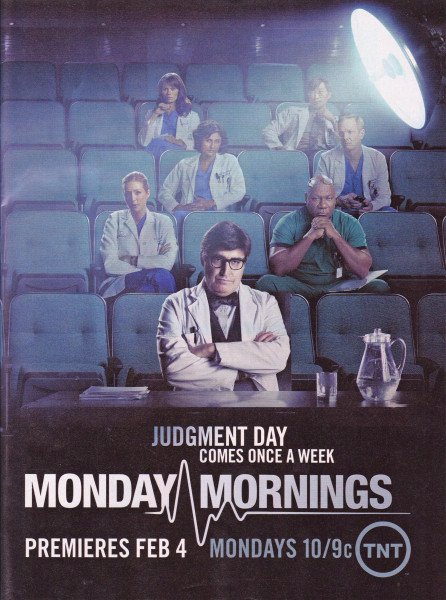 Over the past week, I've collected a few magazines with ads for MM. I'm sure I've missed others. Feel free to share in comments if you've found any. ( Collapse )

Over the last couple days there have been A LOT of interviews and reviews hitting the web. While the reviews have been mostly mixed (with a few extremely positive and negative mixed in), the cast has been consistently praised for it's work. And not to spin things, but I think we've all had experiences with shows in which the early episodes were a little rough. OK, I'll say it: Part 2 of the BSG mini dragged. It did! ;)

The Oregonian:'Monday Mornings' diagnosis - Fair to middling A mixed review, but lots of Jamie quotes. And there was one bit in particular I wanted to address:

His role as Lee Adama on "Battlestar Galactica" has given Bamber experience with a devoted fan base. He's hoping some of those loyal fans follow him to TNT for "Monday Mornings."

"Of all the pilots I've done, or first episodes that I've done, this might be the best," he says. "I hope they like it. One thing I've learned is never to assume anything. The perception from being inside something is very different from outside. I'm very nervous, because I desperately want this to work. I'll be devastated if nobody shows up to watch it."

Jamie, trust us, we're watching! But I think I get his mindset. From the publicity we've been seeing, he is being positioned as the lead and I have to imagine he's feeling some added pressure for the success or failure of the show.

RedEye Chicago: Jamie Bamber trades Viper for scalpel in 'Monday Mornings'. - Nice, long interview with Jamie. He talks about BSG and MM and how the experiences compare.

TNT's Monday Mornings: David E. Kelley Brings the Courtroom Into the Hospital - David E Kelley's name may be in the title, but mostly it's Jamie talking about the show. I'm beginning to sense a pattern. ;)

Media Life Magazine: ‘Monday Mornings,’ needs a quarterback - Small Spoilers, but funny comment about how Wilson and Ridgeway probably should get together because their children would be so good-looking.

Mother Nature Network: Greening new TNT show 'Monday Mornings'. - And article about the show working to be environmentally friendly. I found it interesting. ;)

ETA: A reminder Jamie and Jennifer appear on The Doctors tomorrow. As they say, check your local listings for time and station! :)