Howdy folks - not much of a Monday Mornings update but at this point, all's still fairly quiet on the TNT front so we're digging up what we can! :P  They did update the show's website with some stills listed as "The PIlot Episode," although wouldn't you know it... most of the shots aren't from the pilot AT ALL. There's more of Sydney and Lieberman on a date (I don't think that's a spoiler, it's in the episode guide synopses); there's Tina at the podium in 311, which is still upcoming. And there are these. (What's keeping Ty up at night?! Oh, we might have an idea, don't we...) 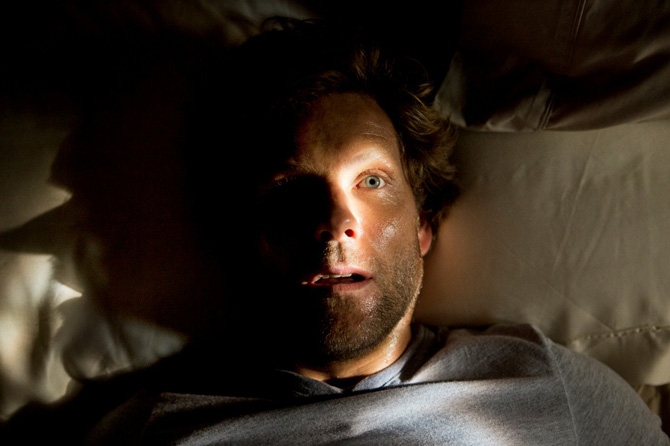 Also, besides posting new photos and labeling them incorrectly, TNT has removed the free-to-view pilot from their videos section. (BOOOOOO.)  You can however, still download it free from iTunes and if you have access, go for it. Get your friends to do it! Get your MOM to do it! ;)  Also, it appears that the Xfinity page for Comcast is currently offering the show free to watch, however it requires a Silverlight update and I haven't updated mine yet; anyone want to check and see if it's working?   Never mind, I checked. It's live!

Jamie and Sanjay Gupta's appearance on The Jeff Probst Show airs Monday but for now, there's a brief preview on the show's website.

Lastly, because a cast member (any cast member) on a talk show is totes reason to break out the champagne now -  go and watch Alfred Molina on The Late Late Show w/ Craig Ferguson Full Episode! (This link may not work outside the US, but give 'er a whirl.)
Collapse