My, but it's been quiet, hasn't it?  It's cool, we haven't abandoned our posts; just that news has been really thin on the ground for the past several weeks and Jamie's been relatively quiet on Twitter, too. So there hasn't been much to report, but as it's been almost two months it seems high time to at least share the odds and ends that we do have!:

- John Doe has definitely undergone a title change to John Doe: Vigilante, and it appears likely to get a US release sometime in early 2014. Main Street Films is still handling the distribution, although they haven't added the film to their site yet.  However, the American Film Market (for those unfamiliar with it, it's an industry festival for filmmakers and distributors; it's not open to the public) hosted a screening this month which Jamie attended; here are a few pics. (Best resolution we've got, sorry!): 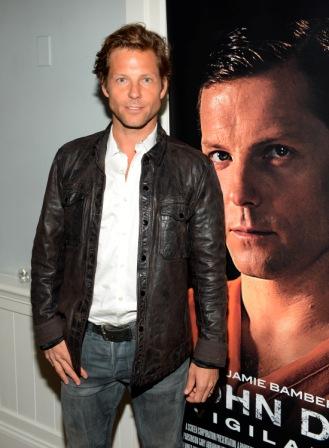 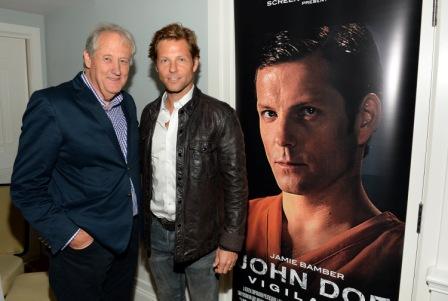 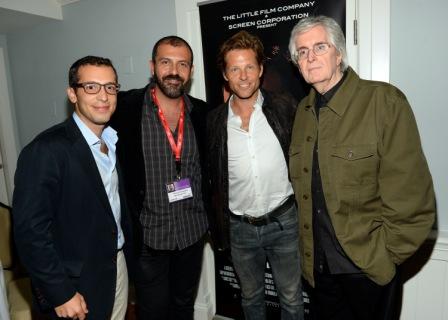 As you can see there's a fabulous new poster there, which is pretty much the headline in this "news"story! Yeah, go with this marketing direction, guys... not another anonymous mask. ;) Fingers crossed a better resolution of that will turn up eventually. But in the meantime, if anyone wants to let Main Street know they'd like to see the film or inquire about the release date, you can find them on Facebook or email them via the website that I linked to above. Doesn't hurt to let them know there's an awareness about the film online already! 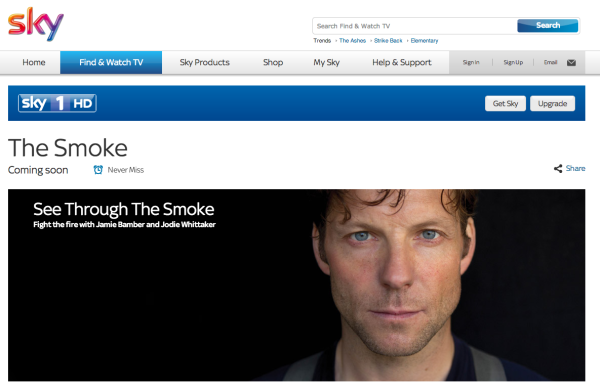 - The Smoke still does not have a confirmed airdate, though all (unconfirmed, did we mention that? ;) ) markers seem to be pointing to February as a possibility. As soon as we are able to get a confirmation on a date, we'll post and tweet it out. In the meantime, it might be a good idea to bookmark THIS page, as Sky have recently overhauled their website and they do at least have a page up for the show now! No new images other than one of Rhashan Stone but hopefully by the beginning of the year we'll start to see actual press packs and episode stills trickle down.

- Early last month, Jamie presented at the SET Awards in Los Angeles which honor films and television shows that portray and promote the fields of science, engineering and technology. Most notable for this photo which turned up which features Jamie and Bill Nye in the same shot, and is therefore 250% better than any other photo on the internet. (Come on, people BILL NYE!!**) : 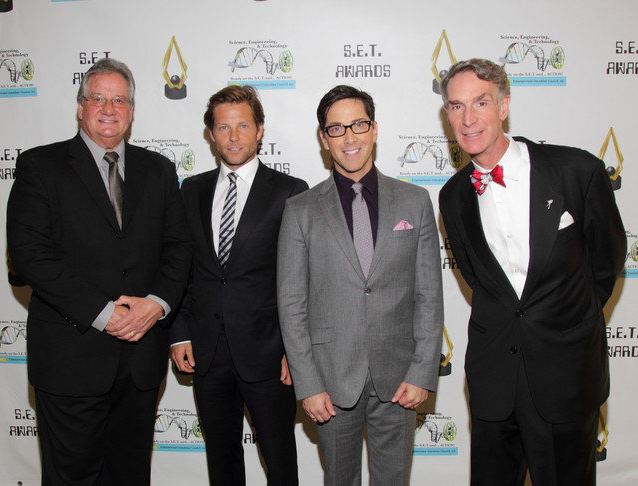 (** For our UK or elsewhere folks who are unaware who Bill Nye is: He hosted a kids' programme on science which is basically the bee's knees, and he's the best.)

In the meantime, particularly with the holidays approaching it's a crazy time of year; I know both

asta77 and myself have been pretty slammed lately with work commitments and personal matters, but if anyone ever runs across any news bits or has any questions or concerns about the site, let us know!  You can just drop a comment on any old post here on JBN and we'll get a notification, and of course if you're on the Twittermachines you can tweet us @JamieBamberNews. ;)
Collapse