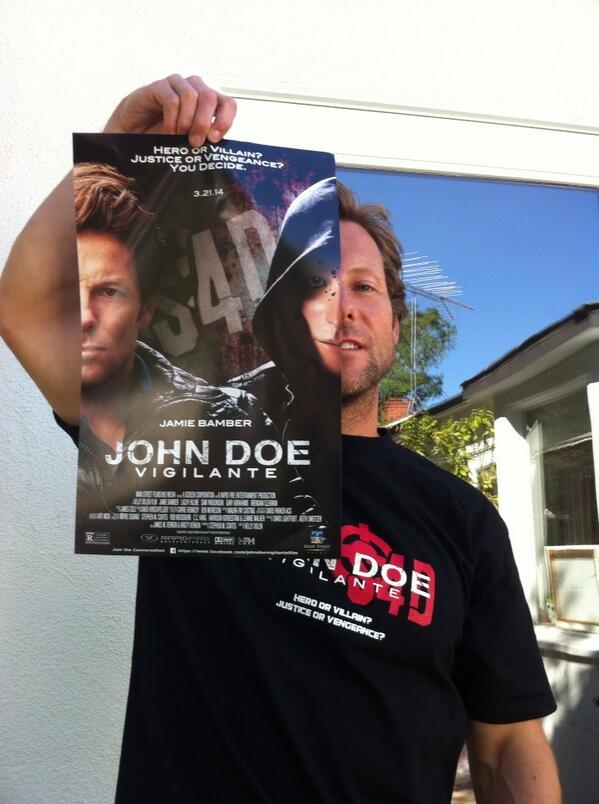 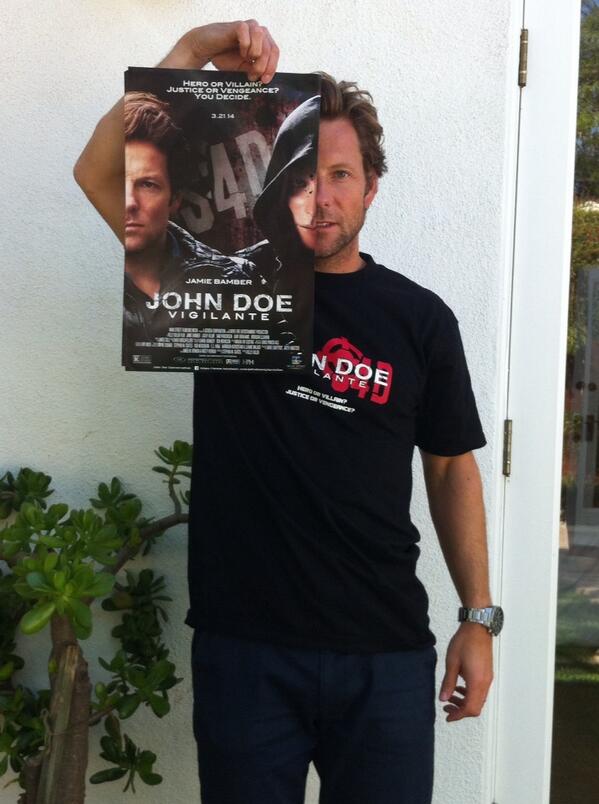 First, enjoy Jamie's nifty bit of DIY promo for John Doe: Vigilante which he tweeted out a few days back. You're adorable, dude. ;)

Second, this is pretty exciting: Jamie's doing a live Google Hangout Q&A to promote the film THIS WEEK! It's happening from 5PM-5:30PM (Pacific time presumably, since that's where Main Street are located) on Wednesday, March 19th. Here is the Google+ event page for the Q&A; you can also bookmark the YouTube page where it'll be streaming once they begin. (Nice countdown action on that.)

(For all of you in Europe for whom this is going to be happening super late, FYI: Google Hangouts are automatically archived after they've streamed, so you should be able to watch the Q&A the next day at that same link even if it's too late for you to participate.)

UPDATE: And here's the playback! (Unfortunately, the audio was out for the first two minutes and that likely won't be corrected. But it's a good watch regardless!):

There's also a screening in L.A. that same evening; tickets are not available to purchase but you can try to win some from Desde Hollywood, there's still a day left to enter if you missed our tweet. (Yeah, I entered; not getting my hopes up too high, but we'll see. The theaters that are listed for the opening on Friday are not close to me unfortunately!)

Speaking of the opening, it's still restricted to Arizona, California (mostly Orange County) and Colorado at the moment, but it never hurts to let Main Street know if you live somewhere else and would like them to consider a wider distribution.  You can email them via their website, or let them know on Twitter and Facebook. (We've asked for any news on a possible VOD release, too, by the way. Will update if we hear anything back on that.)
Collapse