Well, that's that then.  One day after the cast's contracts were up, this was just posted to Sky's website: 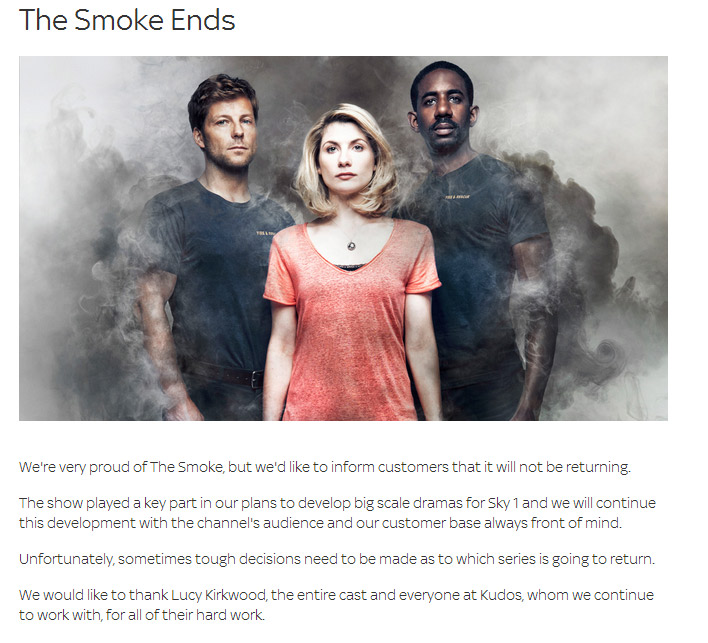 Pretty unfortunate news considering how warmly received the show seemed to be by most who were able to see it.  And a real letdown for the cast and crew. (I know, we're biased as always, but especially for Jamie who had one of the richest roles he's ever played on television in this.)

Sound off in the comments below; I have some stuff to add, but right now they might just get pushed aside by expletives. :P
Collapse