Well, it didn't take long for more The Better Half news. Woo! Jamie announced earlier this evening his co-star is the lovely Kathleen Rose Perkins and, bless Kathleen, she has already posted a photo from set! If they could take turns doing that each day, it would be awesome. ;) 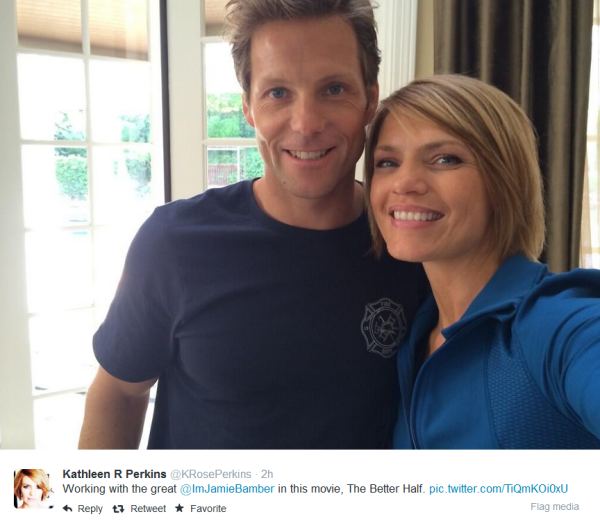 
So, doing a bit of recon, I discovered Kathleen is a fellow Michigander. Like me, not Jamie. Though his Dad is from Detroit and she grew up outside of Detroit so, hey, that gives them something to chat about besides work. And not only is Kathleen currently starring in the TV series Episodes, but will appear in the upcoming film adaption of Gone Girl. Now, in large part because I don't have Showtime, I have not seen Episodes, but I did find some clips featuring her on YouTube and, between the plot description we have for The Better Half and what I've now seen of her work on Episodes this is some good casting. (Not to mention the shallow of how great they look together. :)

For more funny, including her appearance on The Late, Late Show with Craig Ferguson, click ( Collapse )
Collapse