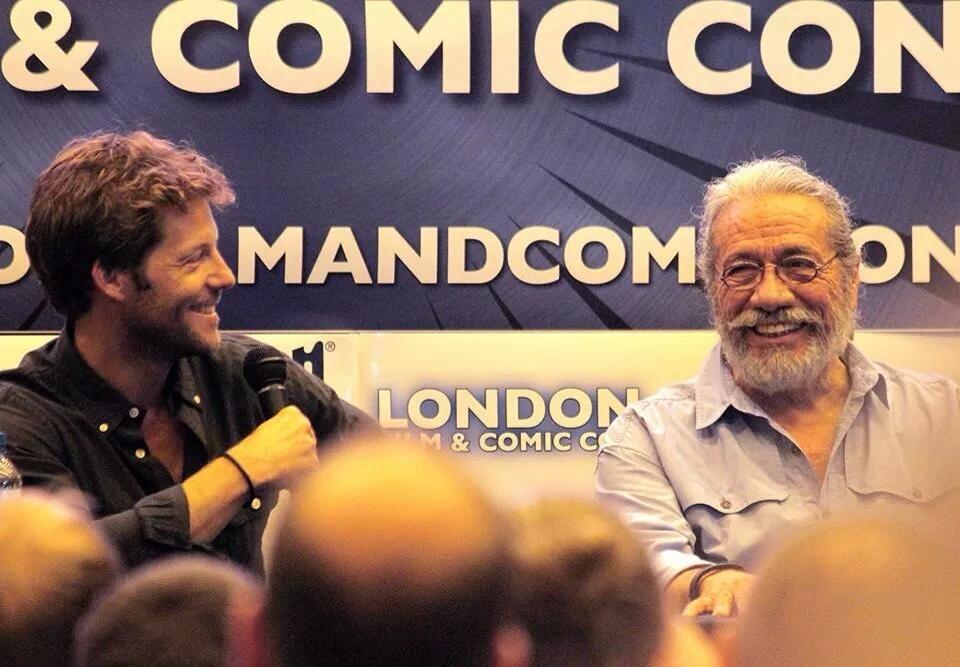 (Photo by Chris Morrell)
This past weekend Jamie appeared alongside Dad EJO at the London Film & Comic-Con. ;)  There are LOTS of photos on Twitter, most of them fans' personal snapshots so we won't repost those; you can see them here.

The above, excellent pic is from the BSG panel on Saturday, which we're hoping some footage turns up from online as it was apparently very good; will update this post if any clips turn up!

And now, further convention news:
- This week it was announced that Jamie would join Richard Hatch's annual BSG panel at San Diego Comic-Con; it takes place Thursday, July 24th at 10:30am in room 6BCF.
- Jamie will also present at the annual Eisner Awards, honoring excellence in comics, on Friday night at SDCC. The Eisners take place at the Hilton San Diego Bayfront; all SDCC badge holders get in free, while seats are available.

The full SDCC Schedule is available here!  Jamie may also do a signing at some point while he's at the con, though nothing's been announced yet; we'll update with that info if we get it.
UPDATED: Signing info!  No dates/times yet, we'll add that shortly when it's posted - but Jamie will be signing at the Quantum Mechanix (QMx) booth #3249 during SDCC.
UPDATED PART DEUX!: Well if you're at SDCC, you'll have plenty of time to stop by and meet Jamie!  He's signing at QMx on Saturday, 7/26 from 1:15pm - 6pm, and again on Sunday from 10am - 4pm.  That's over 10 hours.  Go say hi.  He's flippin' lovely. We promise. ;)
Collapse