We have fabulous news! In the not too distant future, Jamie will be back on our TV screens! Jamie has been cast in a recurring role in The CW's new midseason series, The Messengers. When The CW announced the series pickup back in February, they released this brief description of the plot: "When a mysterious object crashes down to earth, a group of seemingly unconnected strangers die from the energy pulse, but then awaken to learn that they have been deemed responsible for preventing the impending Apocalypse." 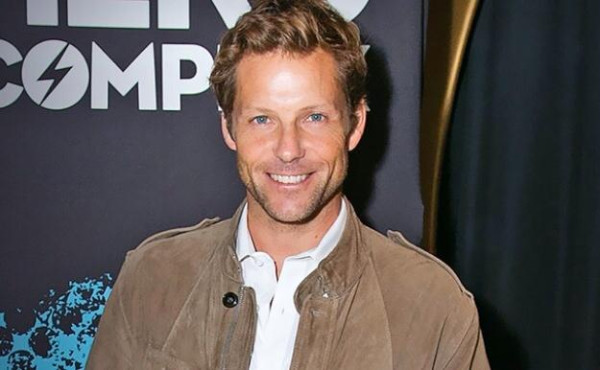 In announcing Jamie's addition to the cast, Entertainment Weekly's plot description either has further details regarding the plot or, in the ensuing months, the shows concept has evolved a bit:

The Messengers...tells the story of five strangers affected when a mysterious object hits Earth. After collapsing, all five individuals come back to life just hours later with inexplicable powers, including strength and the power to heal. But once things begin to become more clear, those affected realize that they might be Earth’s only hope for stopping the Rapture...or perhaps, they’re causing it.

Jamie will play Vincent Plowman, “the unapologetically aggressive co-chairman of Plowman Family Farms, one of the world’s most successful agricultural companies. Along with his older brother Mark (Riley Smith), he is the face of a business on the cutting edge of new farming technology that has the potential of eliminating drought and famine worldwide. But in the end, Vincent’s favored son status may uproot his ambitious plans in more ways than one.”

Checking IMDB, I found Riley Smith is actually five years younger than Jamie. It's easy to assume, when casting, the producers and network went with who they thought best fit the parts and Vincent will be the older brother by the time the show hits our screens. ;)

As the resident CW expert (translated: I watch way more CW programming than

zegeekgirl ;), I have to say I am very pleased by Jamie's casting in one of their shows. Not only do they have a strong slate of programming this season, once you are part of the CW 'family' they like to keep you around. If you look at the resumes of their current leads, you'll find they appeared previously on other CW shows. Before he was the Arrow, Stephen Amell was a werewolf not long for this world on The Vampire Diaries. And TVD is Ian Somerhalder's third series with the network. So, here's to possible long term employment for Jamie. :)

And now for a little bonus related to Jamie's upcoming film Before I Sleep. A music video for Billy Sharff's "I Was Lost" featuring footage from the film has been posted to YouTube. You can get a glimpse of Jamie at about the 1:26 mark.