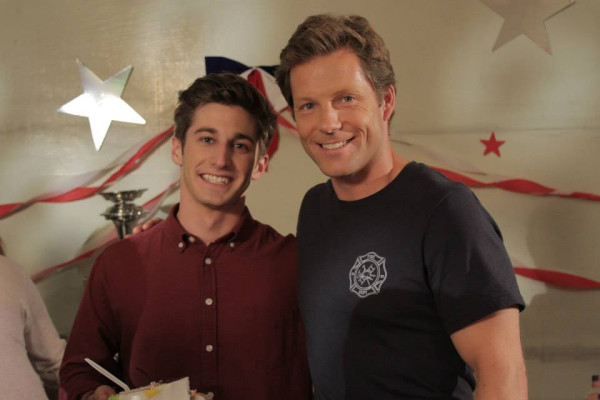 (Jamie Bamber & Justin Lieberman; via Facebook)
Not much major news to announce, but in a sign that points to more major news coming soon (hopefully): Jamie’s upcoming indie comedy The Better Half, in which he plays the husband of Kathleen Rose Perkins’s lead character, now has an official website as well as a Facebook page full of behind the scenes images (we’ve included four featuring Jamie here.)

There’s also a Twitter account that is probably worth following; no information on a release date or a trailer but there are random postings here and there about interviews with the cast coming soon, etc., so hopefully it won’t be too far off.

(Also of note: These pages all feature the poster art which

asta77 and myself noticed on IMDb a while back; said poster art also lists Jamie as having an executive producer’s credit. O_O What that entails is anyone’s guess, as an exec producer’s involvement can be rather wide ranging depending on a variety of things, but still…. worth pointing out!)