This is Jamie's last episode of Perception. (Aww.) Which means the next thing we see him in will be Monday Mornings, his own damn show where he's a lead! (YAY!) Although that's months away yet. (Aww.) Anyway, let's see how Prof. Hathaway exits, stage left. (I've got a couple of suspicions, one of which I'd vastly prefer to the other, although we'll see. Not placing any bets with this wacky show, man.) I was wrong. I was also not banking on them turning on the actual charm this late in the game. WOT?

Come back after the ep and discuss below!
(Programming note: We will return to our previously scheduled Dragon*Con 2012 post-show updates shortly. ;) )

EDIT: Cap above swapped out. I'm still exhausted from CON!!!!, and I have work in the AM so I will save my comments for tomorrow. This image kinda nails it... 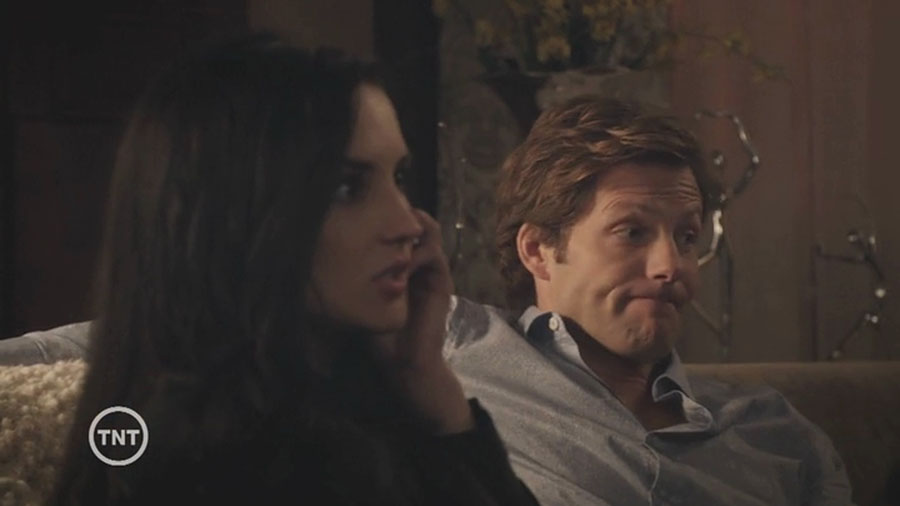 Yeeeeah. (I hastily threw a few screencaps up HERE.)

Is anyone else concerned by this rash of a) heroines who can't close the deal because they fear he's too perfect for them, and b) bailing out of snoggage to answer phone calls that can't possibly be that important, because FOR REAL, SISTER?! Oy. (See also: Body of Proof. ;) )