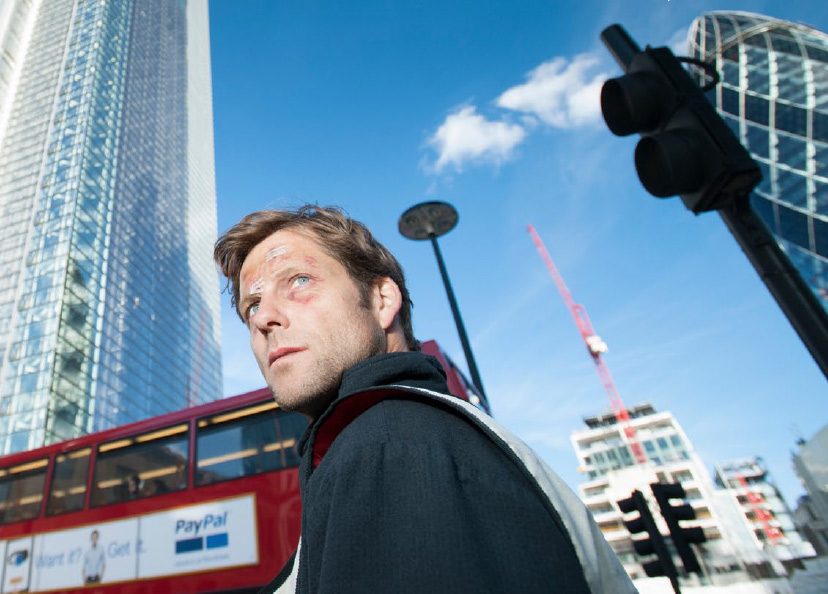 © Ollie Upton / Sky 1
Reading material for you today, ladies and germs!: The press pack for The Smoke has been released, that includes synopses for the first five episodes, a few cast and crew interviews and more.   Now, the synopses included in the pack reveal a little bit more than average for these sort of things — though the last three episodes are not teased at all — so we figured it would probably be best if we didn't repost them here, and those of you who are interested in reading them can do so at a separate link.

What attracted you to the project?
The scripts. I’d just finished a series in LA and wasn’t really thinking of coming back to London, but there is a daring freshness in Lucy Kirkwood’s writing that hooked me. There’s a big climatic scene at the end of the first episode that pulled the rug from under my feet.

How does the scale of the production compare to your other work?
I’ve been really impressed by the ambition. Lucy’s stage directions were designed to make a huge impact on the audience. To paraphrase one of them: “all other TV fires are bullshit compared to this one”. In my experience, writers’ aims are often compromised by budgets and practicalities but I’ve been blown away by what director Mike Barker and producer Chris Fry have brought to the scenes. All the set pieces, the central pillars of the show, have been as big and vivid as they were in Lucy’s scripts. The scale is incredible, and I’ve been involved in some pretty large-scale productions in the US.

Are British dramas becoming more ambitious?
British productions are more sophisticated and competing with the grand shows we associate with America. There’s a two-way exchange between the US and Britain now. UK shows are getting critical acclaim over there as well as attracting monster ratings.
The Smoke’s not your typical precinct drama, for sure. We examine the state of the nation and ask questions about masculinity in the modern world. By going into a male stronghold and examining the roles men have at work and in the home, we show the identity crisis affecting them today. Firefighters are idolised in calendars and so on, but right now there are massive cuts affecting the fire service. As well as being a very exciting show, there are powerful and popular themes throughout.

Did you work with real firefighters to prepare for the role?
I had some pretty full-on fire training at Gatwick Airport and there were firefighters on set to consult. We used real fire and toxic smoke in the action scenes, so even the crew have to wear protective gear. It was as close as you can get to a fire without actually being in one.
We also spent a lot of time talking to real firefighters about their lifestyles, experiences and the frustrations of the job. The fire service is being pushed to reinvent itself and understanding the links between this institutional crisis and my character’s personal struggles is the most important part for me. Kev’s at a pivotal moment in his life, where he’s got to come to terms with an altered image of himself. Playing someone so emotionally and physically injured has been a challenge.

Why should people watch The Smoke?
For kick-ass, life-threatening fires and emotional explosions, the likes of which you haven’t seen on television before.
Tags: interview: the smoke, tv: the smoke
Subscribe