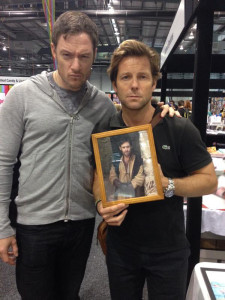 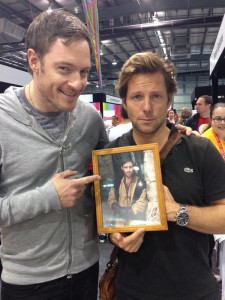 Jamie and Tahmoh Penikett at Supanova Expo Adelaide this past weekend, doing their very best impression of James Callis's face in the photo pictured. BOYS. (Thank you

And there was Gollum. And a kangaroo. Because, of course there was. ;) 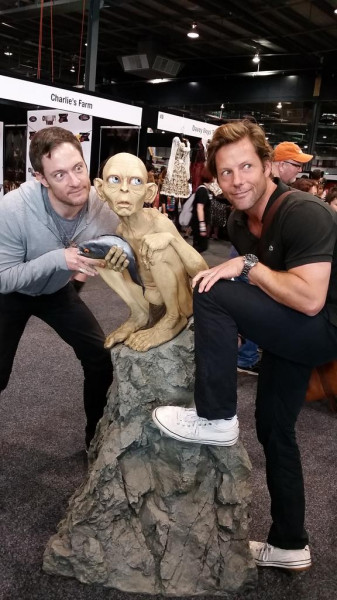 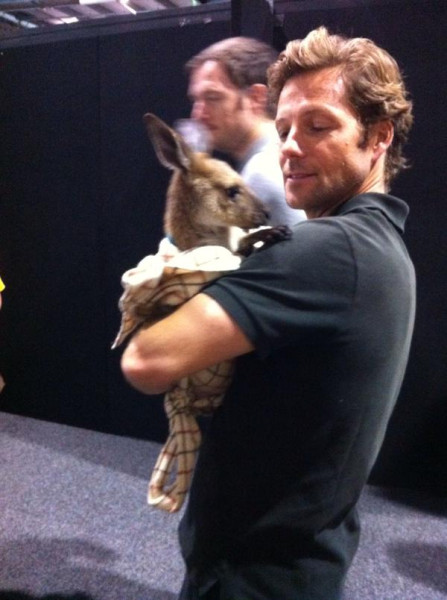 Of course, there's more from the con; no footage from the BSG panel yet, but we may get some soon; we'll toss up another post if/when that happens. (The guys are also headed to Brisbane this upcoming weekend, so there'll be more in the pipeline.)

The most fun bit so far the 360 Fan Cam, which SyFy hosted all weekend as part of their promo for BSG's 10 year anniversary and debut on SyFy Australia and in which several fans got to have their pix taken with the guys. We're going to direct you to see all of those HERE, because there are a hell of a lot; meanwhile, here are a couple of solo shots:

(TBH, this shot requires isolating all on its own. Apollo and Wash, what the HELL is going on here? XD) 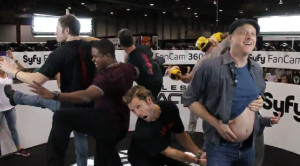